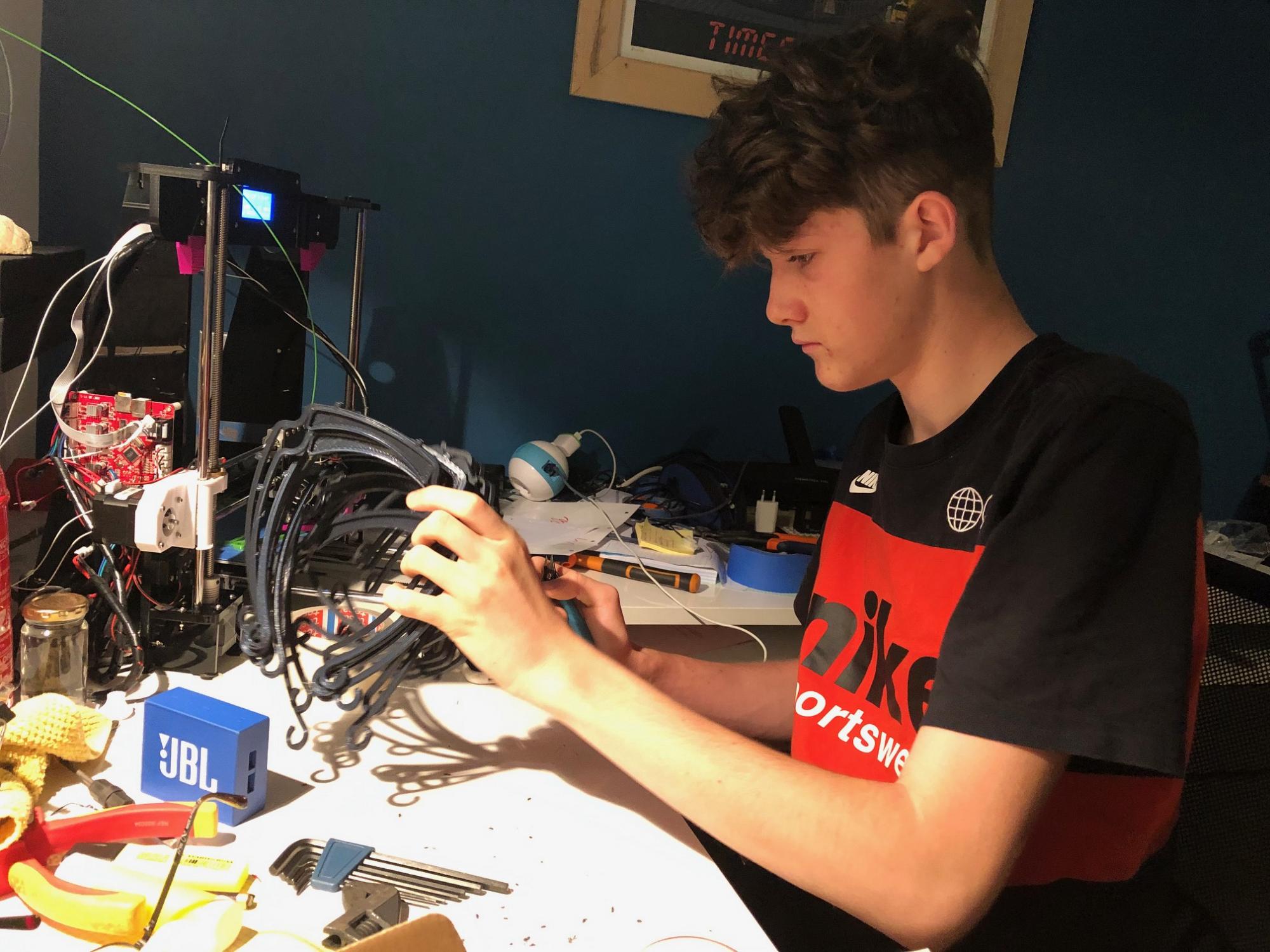 "I’m making face shields for all our local medical staff.  I’ve made 600 since the start of this pandemic with my Anet A8, which I built at one of your camps 3 years ago.  All my stock went to Nice hospitals in France because I live over there.  Thanks for all  you guys did to teach me 3D printing skills!"

Well-done, Rémi - it's great to see young people like you using their skills to help others in this time of crisis.  Great job!

It's difficult to learn coding without access to a computer.  We take it for granted in the west, but the affordability of a modern laptop makes it difficult in many places of the world.  We recently had an opportunity to support REACT, a charity that was founded in the UK but supports young people in Ghana to access education.

Want to Get Better At Minecraft? We Can Teach You How to Play Like Never Before

Our online Minecraft Inventions courses can help you play Minecraft on a new, improved level, by teaching you how to create your own gadgets and inventions - from secret floor traps to puzzles and timers.

From Laser Tag to a Career Advantage: The Importance of CAD

Pen and paper’s worst enemy has changed the world, and doesn’t look like stopping any time soon! CAD (Computer Aided Design) has revolutionised drafting and design methods across the world, taking over from less efficient and repetitive pen and paper methods. It involves the use of computer software to design and document a product’s design process.