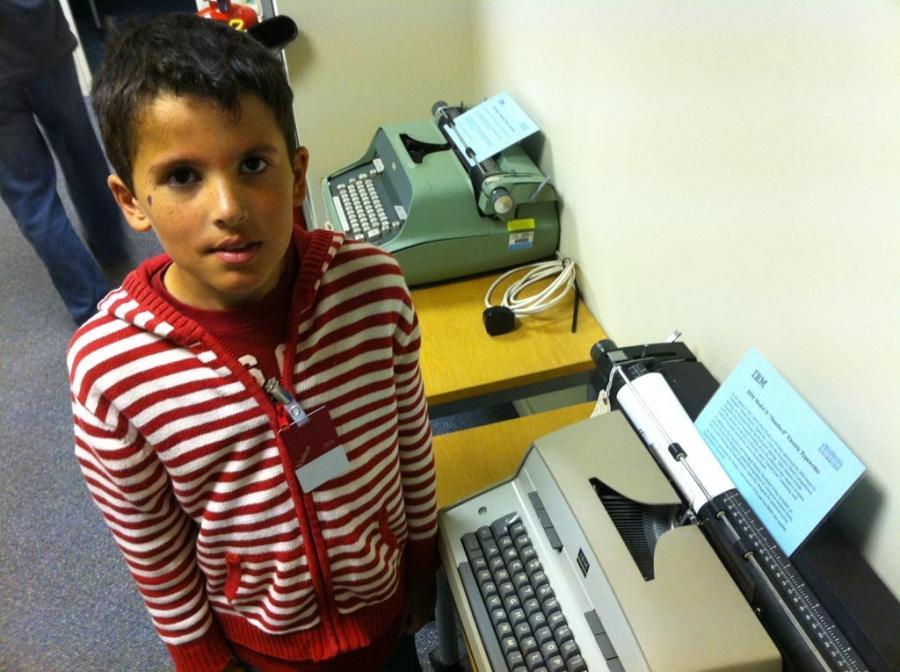 As part of our visit to IBM for the Raspberry Pi day we had a tour of IBM's museum. During the tour we were shown some of IBM's typewriters and after a long (but concise) explanation of the development of the typewriter, one of the kids asked what did these 'typewriter' things do? It never struck the rest of us adults that most of the children would never have seen one of these before.

I suspect the adults enjoyed this bit of the tour more than the children, reminiscing about days when 'laptops' could break your knee caps if you actually tried to put them on your lap. The history of the site was impressive as well, with Hursley House being used for the development of the Spitfire during the war.

For the Uber Electronics Geek ...

OK, so this isn't one for your average 9 year-old, but for a teen (or older) who is REALLY into electronics, this is one amazing book.  What makes it more incredible is that it's been the Electronics Bible for several decades already.  Tom (Tech Camp's MD) stumbled upon this as a teenager himself (definitely several decades ago), and it's been the go-to reference ever since.

Why you should build a Banana Piano

If you're looking for a good gift for the tech-obsessed youngster in your life, the Makey Makey is a great option and one of our favourites.  It's hard to explain all of the sort of things you can do with this fun device, but it essentially turns anything that is partially conductive into a key.

The number of careers in tech are growing by the day, here are just a few examples of how you can turn your passion into a career!