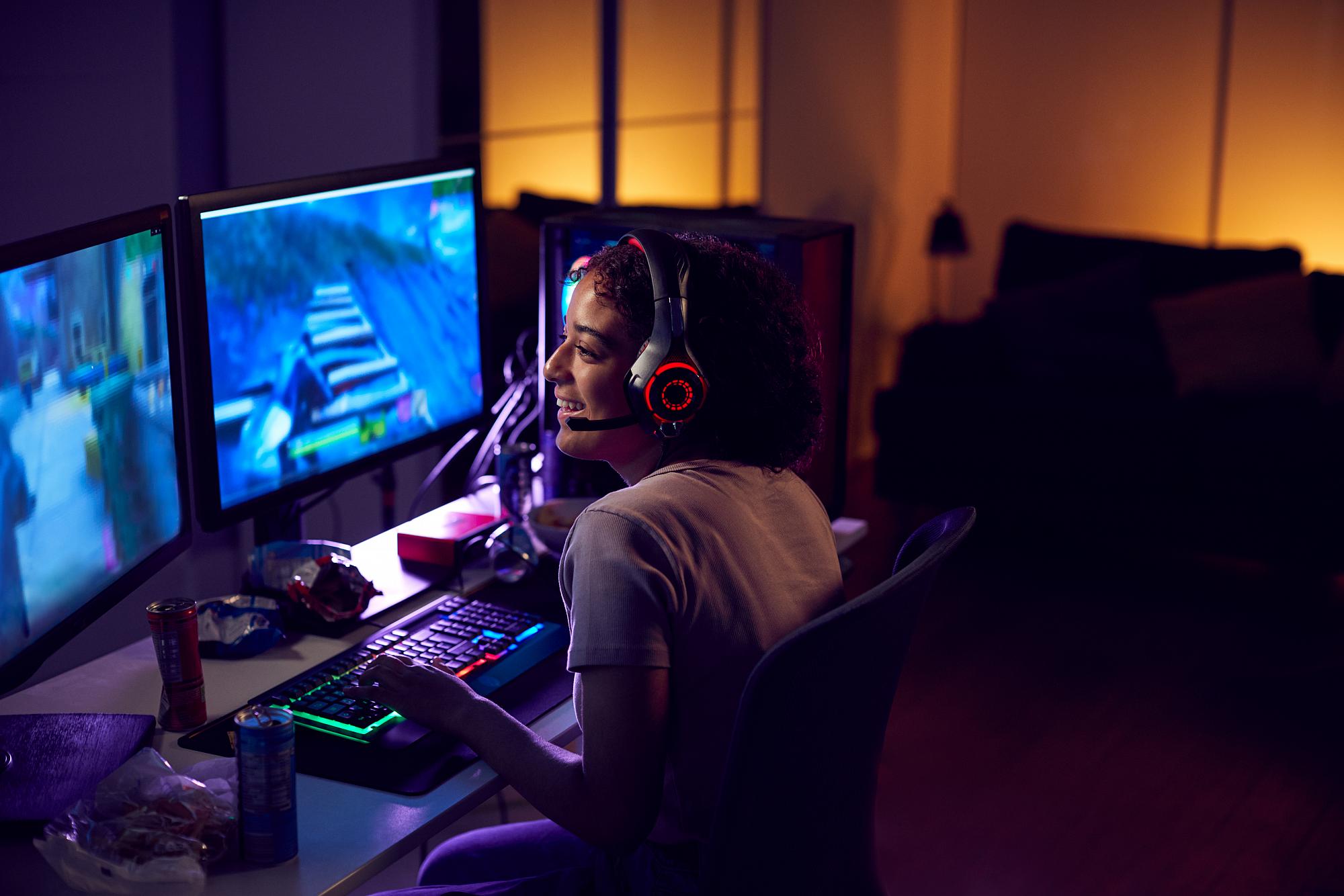 However, there are women who have managed to fight against the odds and make a real difference in the gaming world, triggering a gradual shift in attitudes towards women in the industry which has opened the door for those who come after them.

From Game Designers, to Game Writers, to Streamers, these women are just a few examples of the instrumental-yet-understated female impact on the gaming industry. Whether it be designing some of the earliest arcade games, or hosting one of the most popular streaming channels in the world right now, meet the women who have stamped their mark on the world of gaming:

In 1978, computer programmer Carol Shaw became the first woman to program and design a video game for the Atari 2600, an early, second-gen game console. Shaw created 3D Tic Tac Toe, a graphical version of the well-known 3D Tic Tac Toe board game (3D Noughts and Crosses in the UK). The game used a joystick controller and could be played as two players against each other, or one player against the program - which had eight different difficulty settings. Shaw later went on to create the best-selling game, River Raid, published by Activision in 1982, again for the Atari 2600. It sold over a million copies - and the sequel which was published WITHOUT Shaw’s involvement was much less successful!

Carol Shaw left Atari to work for Activision (an American video game publisher), leaving room for another woman to come and shake up the company. That woman was Dona Bailey. She accepted a position as an engineer at Atari in 1980, making her the only female game designer working at the company. Rather than being intimidated, Bailey created the well-known hit arcade game, Centipede, with Ed Logg. It was released to immediate success, and remains one of the most commercially successful games from the video arcade’s golden age. The game was a fixed shooter game, with the player fighting off centipedes, spiders, scorpions and fleas. Unfortunately, Bailey left the gaming industry for 26 years due to pressure and criticism from her male colleagues. However, even this she used to fuel her success: now she encourages women to pursue careers in games and also teaches game design along with other courses at the University of Arkansas in the US.

Amy Robinson Sterling is the Executive Director and co-creator of EyeWire, a computer-based neurological mapping game which is helping to save lives and advance neuroscience. It encourages players to solve 3D puzzles to essentially help map retinal neurons which neuroscientists have not yet managed to define, to eventually determine how mammals see directional motion. It was launched in 2012, and now has over 250,000 players from 150 countries. They have completed over 3,000 neurons. You can play here, or watch a tutorial here.

Speaking of women infiltrating male-dominated spaces, how about Alex Osipczak, who helped to popularise competitive, professional FIFA gaming? Proving that you don’t have to do everything alone to be a notable female gaming figure, the British YouTuber started a channel with her boyfriend, Spencer Owen, in 2013 on which they played against each other in video games and uploaded vlogs, Q&A’s and challenges. She also helped him to grow his eSports channel, Spencer FC, and through both channels popularised the streaming of FIFA gaming performances. Their channels became so popular that they created Hashtag United in 2016. Both an eSports team and a real football team playing charity matches and exhibitions and uploading their performances, the team became a great online success. By September of that year, the team’s Instagram had over 100,000 followers, their Twitter 41,000 and some of their videos had over a million views. The team now plays in the Essex Senior League, a semi-professional men’s league, and Osipczak is the Director/Office Manager. Her boyfriend has been dubbed as one of the top 10 most influential UK YouTube creators, but it is Alex’s oft-unrecognised work which helped to make both his channel and their joint channel as successful as they are, shaping the FIFA eSports gaming scene by blurring the lines between the online and real-life sporting worlds.

Nominated for the Shorty Award for Best in Gaming and the Teen Choice Award for Choice Web Star: Gaming, Tiffany Garcia is one of the most popular female YouTube gamers in the world. She started uploading videos in 2010, and has collected over 2 billion views, holding the record for most video views by a female game broadcaster on YouTube. She reached fame in particular for her Minecraft videos, and created a modded series called “Oasis” which contained over 100 videos and was a major success. She has over 6.5 million subscribers on YouTube and continues to grow, acting as a great role model for young women interested in gaming.

These are just a sample of the amazing women who have influenced the gaming industry in the last 50 or so years. The pioneers like Dona Bailey and Carol Shaw proved that women belonged in the industry, paving the way for the acceptance of mainstream popular YouTube stars such as Tiffany Garcia today.

If you are a girl, or the parent of a girl, interested in gaming, why not try our 3D Game Design course or our Game Console Design course? Our courses could unlock a skill or talent which could help your daughter (or you yourself, if you are a girl aged between 9-17!) become one of the next women to shape the gaming industry.