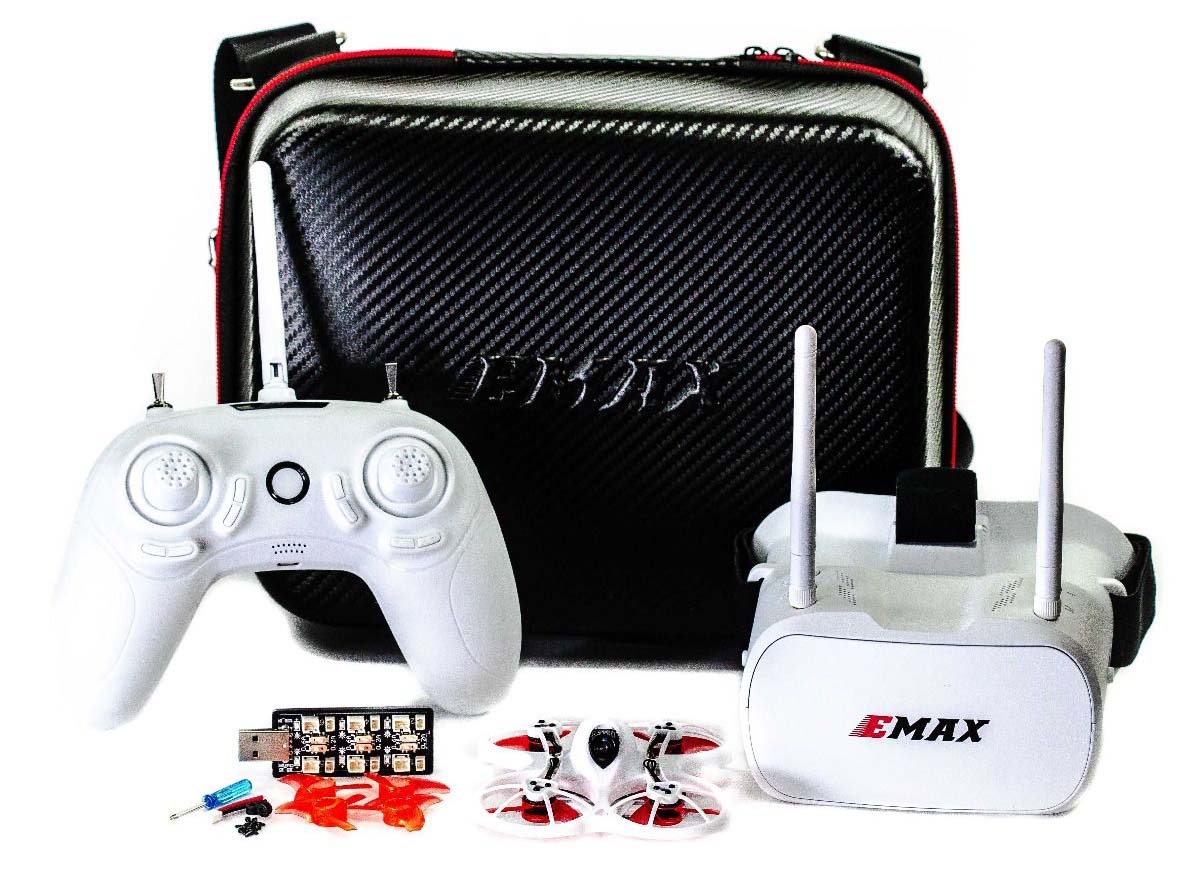 From the Workbench ... Drone Tests and the Tinyhawk II

We've been putting the latest toys through the ringer again ... for the upcoming Drone Racing course, we wanted to find the best drone that fitted our criteria.  It had to be:

We also wanted it to be able to:

We're happy to announce that we've found the perfect drone for this season.  The Tinyhawk II is a brilliant little drone for beginners and experts alike.  Out of the box, you can get into the air in just minutes, and it has one of the most rugged frames we've seen.  We've just been flying it around the office, and outside as well, and the performance is terrific.  Like most drones this size, battery time is probably 3 mins max, depending on how hard you push it, but you can compensate by buying some spare batteries.

We've working on a custom version that the campers can put together themselves.  With three spare batteries, FPV headset, spare propellers, charger, and even carrying case, this is one nice kit.  Paired with our DIY programmable LED hoop which the campers create from scratch, the Drone Racing Course is a great introduction to all aspects of STEM, from programming to electronics, aeronautics and engineering.