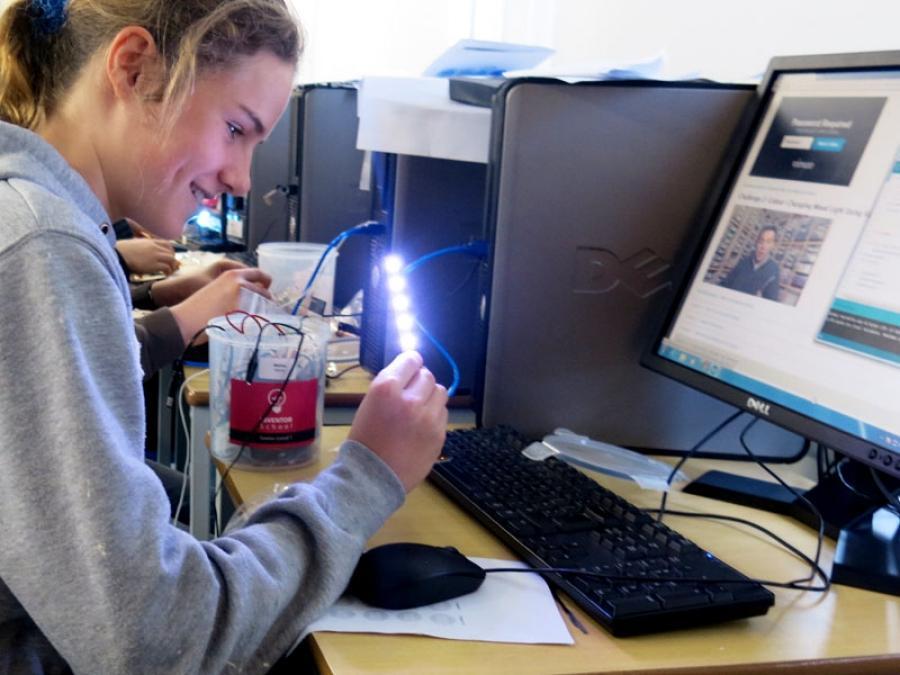 Get the balance right…

Only men being techies is a stereotype up to a certain point, but with the male population providing the lion’s share in the digital industry, questions are being asked why women are in the minority of employees in this field.  It could be argued that boys are given remote control cars, planes, trains, robots and drones as presents and therefore are introduced to technology from an early age – or at least that was the case maybe a decade or so ago.

More than ever before, laptops, iPads, iPods and iPhones are given in equal measure to girls and boys so might we now see greater numbers of women joining the coding and digital world than ever before? A new college in London isn’t taking any chances and is specifically targeting women to ensure the numbers are increased.
Ada College (so named after the world’s first computer programmer Ada Lovelace), for whom Lastminute.com founder Baroness Lane-Fox is the patron, report that the tech sector is home to fewer than 17% women - less than Parliament! Only one in 10 of those are in leadership positions which adds hard data to the dearth of female talent.  Ada College opens in Tottenham Hale later this year and it is targeting 20% of all sixth formers to be women – 8% higher than the current number of those registered for the September opening.

There are some great female ‘Tech Entrepreneurs’ who are inspiring role models.  Particularly popular is Limor Fried, who founded Adafruit (https://www.adafruit.com/) and is a true leader in her field.  If you haven’t heard about her, you can read more about her here: (https://en.wikipedia.org/wiki/Limor_Fried) or for a first-hand experience, check out the great products she designs and sells through her web site. Limor’s nom de plume (Lady Ada) and her website name were inspired by the same Ada Lovelace.

With more than 100,000 IT and tech positions unfilled last year, there is a yawning gap in the employment market waiting to be filled. At Tech Camp we’ve torn our collective hair out for years about the overwhelming proportion of boys at our events, but perhaps we’re being a little unfair on ourselves.
As the above shows, it’s not a unique problem of ours and to some extent we realise that when you run courses building robots, rockets and laser tag equipment you’re also perhaps more likely to attract more boys than girls. It goes with the territory, so to speak.

Other technology camps for students around the world that we’ve been in touch with have had similar experiences and there’s probably no magic solution, but initiatives like the one at Ada College are definitely a step in the right direction.  We always try to have a good representation of female tutors at Tech Camp who like to show to the girls (and boys) that ‘Tech’ isn’t just boys’ business. Ada College is aiming to attract more girls than ever before as time goes on. There is of course only one way to discover if this is the right path for the young female inventors of tomorrow and that is to give them a go…

For the Young Inventor ...

If you're up for a stocking filler, (only 300 days to Christmas!), or just want to encourage a young (or old) inventor, this is one of our favourite products.  Sugru is a product that's hard to explain.  They call it 'mouldable glue'.  Think blu-tack that sets to a silicone rubber.  This means that if you can make something out of play-doh, you're qualified to use this, and what you create is not only flexible and impact-resistant, but also temperature resistant as well, as silicone rubber is the substance used to make the modern rubberised style of oven mitt.  Create grips for cables, protective bumpers for phones, wheels for your next robot, and much more.  From only £15 for a multi-colour 8-pack, it's cheap enough to buy a pack just to play with.  https://sugru.com