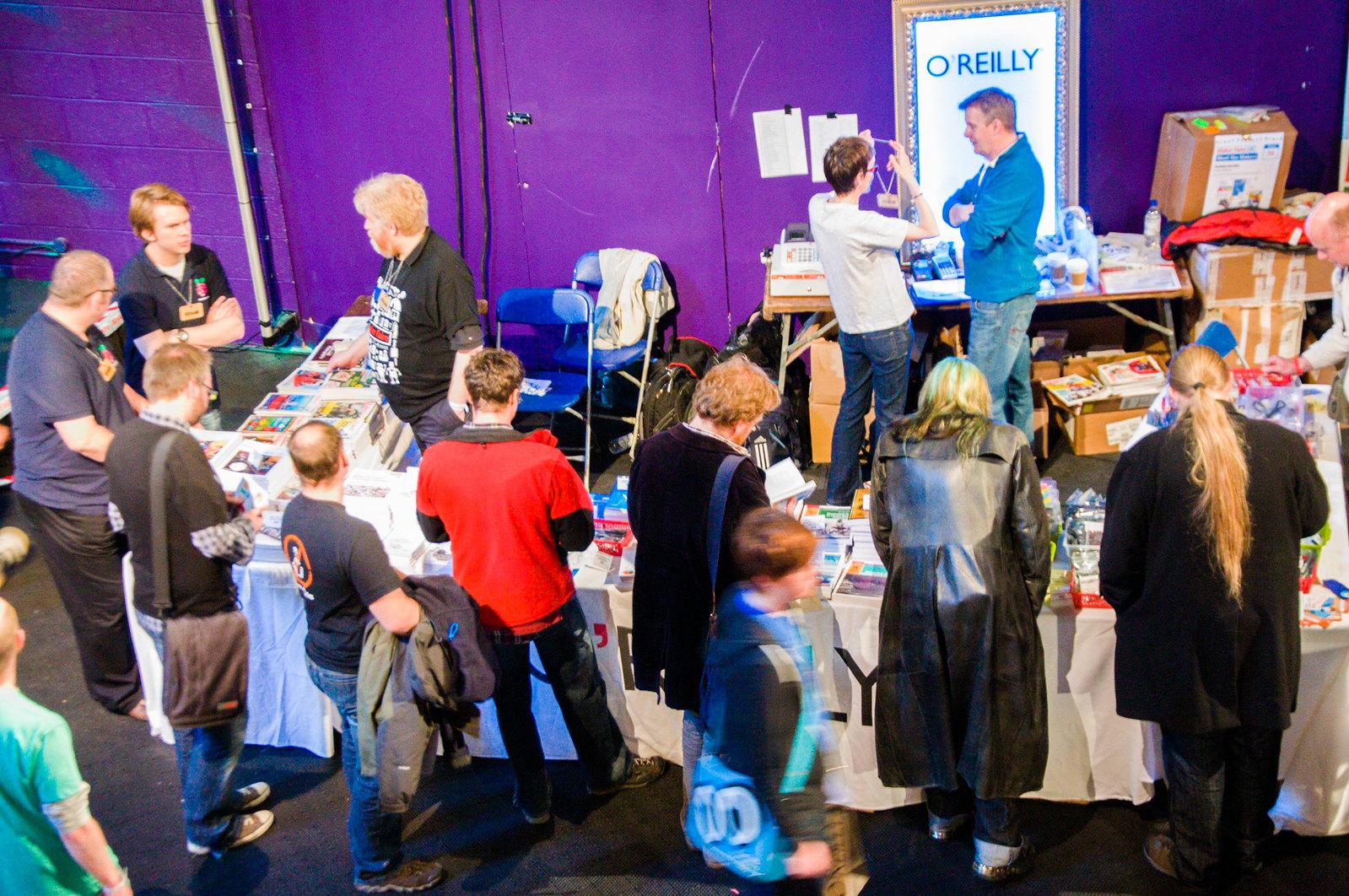 On Friday night we began the long road trip North to Newcastle for the Maker Faire, with Tech Camp regular Felix and our new employee Pedro, who will be joining us in June. We eventually got to the Centre for Life in Newcastle, an amazing science museum/exhibition space/research facility that was the venue for this year’s UK Maker Faire.

We dropped off our equipment and had a quick sneak preview of some of the stands, including copious amounts of 3D printing and CNC machines, a robot wars arena, dancing robots, fire-breathing metal dragons and the Jason Bradbury robot from the gadget show. For the next two days Tom and Pedro ran a UV torch workshop by the planetarium, showing children how to build their own torches and bursting some balloons with lasers. Jack and Felix were out in the square (it was a little chilly at times!) running some free laser tag with our brand new remote control turret gun. On Saturday night there was a free beer/pizza evening for the Makers which was a great opportunity to network and share some ideas. We met up again with the people from MadLab who do workshops building electronic kits – we seem to have bumped into them everywhere we've been recently from Edinburgh to Abu Dhabi! The Faire was very well attended on both days, with an estimated 3,000 people attending. For more photos please see our Facebook album.

Would your child love to learn the art of game design?  It goes without saying, the tech industry has never been bigger and is likely only to grow in the future. If you have a child interested in game design, this could be a potentially exciting career path for them to pursue once they grow up.

Why we love failures

This is a brilliant example of failure, albeit one that perhaps should have been avoided.  A Kickstarter campaign was run a few years ago for an umbrella that worked by blowing rain drops away with air.  The concept behind this was brilliant.  The physics - less so.