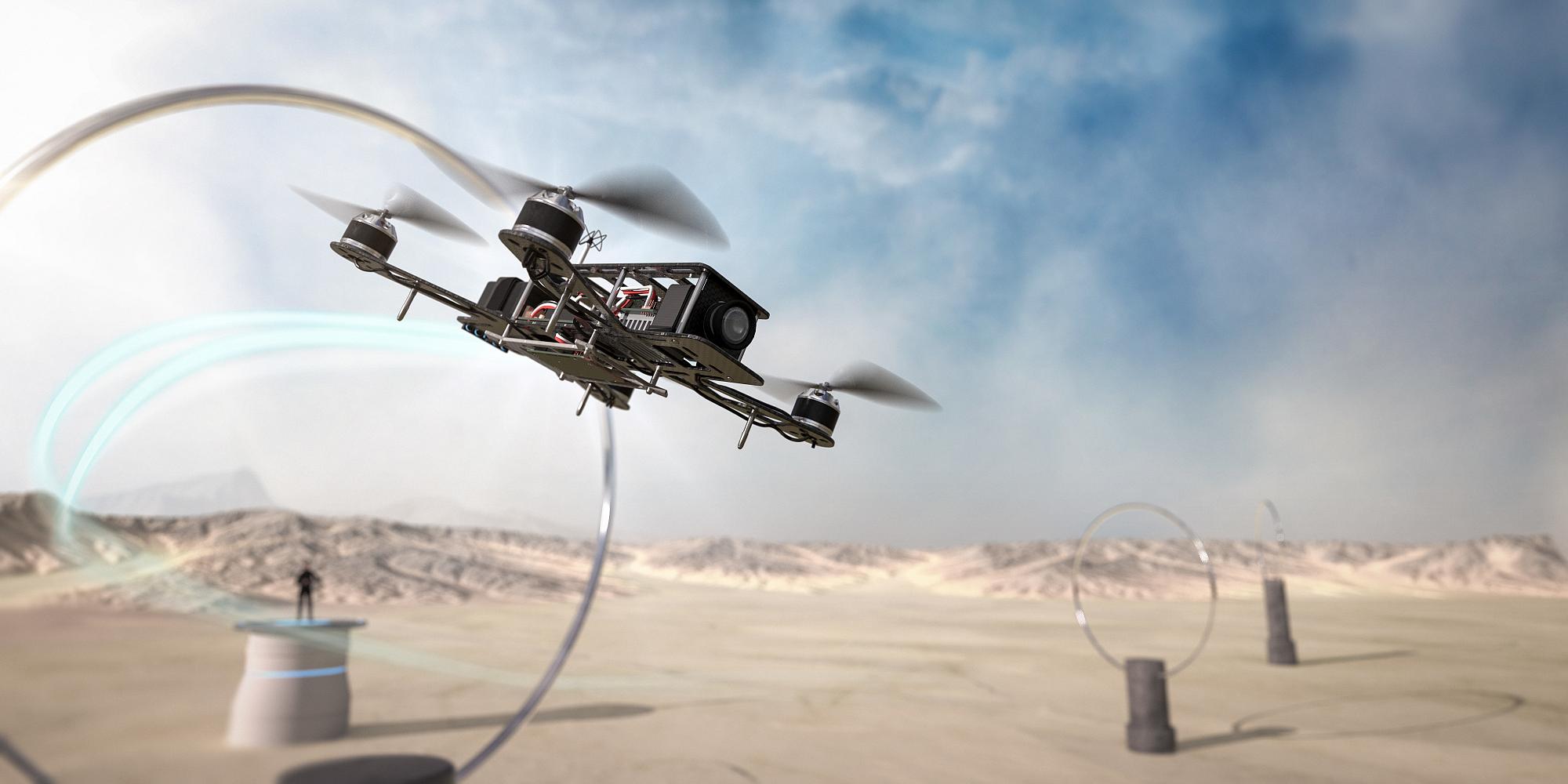 Supported by Lewis Hamilton and with partners/sponsors such as Allianz, BMW and Twitter, professional drone racing has become a worldwide success.

The pilots race custom built drones at over 90 MPH through incredible 3D courses, made with lasers and LED lighting to blur the lines between video games and real- life.

Recognised as the Best Esport 2018 at the Sports Technology Awards, one of Fast Company’s Most Innovative Companies of 2017, the Best in Tech Games at the Edison Awards in 2018 and more, the DRL has truly cemented its place in the gaming and sporting worlds and only continues to grow.

How did it begin?

Nicholas Horbaczewski, the Founder and CEO, started the league in 2015, partnering with Ryan Gury who designed and built the league’s drones and serves as its Director of Product. Early investors included Stephen Ross (Miami Dolphins owner), ESPN, Sky, ProSieben, MGM Television and Allianz, with Amazon Prime Video, BMW, Swatch and the US Air Force partnering later on.

What is the season structure?

There are seven levels in a season, each level hosted at a different location in the US.

Each level of racing consists of two rounds: a Semi-Finals round and a Finals round. In the Semi-Finals, two groups of six pilots fly for six heats. To advance to the Finals, pilots need two wins. If they do not win two heats, they fly a sudden death heat to fill the remaining spots in the Finals.

In the Finals, they fly six heats again. If a pilot wins one heat they earn a spot in the Golden Heat, the winner of which wins the level.

The winner is the pilot with the most points, who is crowned the DRL Allianz World Champion. In the most recent season, rookie Vanover won the title with three level wins by the sixth level.

The drones are hand-built by the DRL’s expert engineers. They are covered in different-coloured ultra-bright LEDs to help viewers follow the action and add to the futuristic nature of the spectacle. DRL drones differ from commercial drones as they are built for speed rather than stability, although a variant of the latest DRL model, the Racer4, will be available to the public at some point this year.

There have been four types of drones flown in the DRL since its beginning:

The DRL also created a simulator which helped pilots fly FPV more effectively, and is downloadable on Steam. It has a 50-mission tutorial to teach people how to fly before buying a real drone. The drones can be flown on real DRL race maps. Once a year, the league hosts a live eSPorts tournament on the simulator called the Swatch DRL tryouts. Gamers can be transformed into pro pilots: the winner of the competition is granted a spot as the official Swatch pilot in the DRL with a $75,000 pro contract.

Check out the pilots on the DRL’s website and keep an eye out for upcoming events - the DRL Sim Tryouts are currently underway, and you have until the 26th March to compete in an online tournament to qualify for the finals (you must be over 16 to play).

Why not check out our Drone Racing Easter or Summer course? Build your own FPV drone from scratch and get some practice in to become a pro later on!